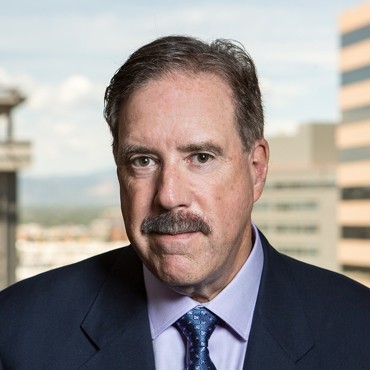 Craig Alan Silverman is an attorney with Springer & Steinberg, P.C. in Denver who brings a truly unique perspective to our law firm. As a former Denver Chief Deputy District Attorney, he spent years prosecuting some of the most difficult and complex criminal cases in the city. Many of his victories have been publicized and/or featured on television programs and newscasts.

Today, he uses all he learned in his role as a Deputy District Attorney to the other side of the courtroom. Clients who come to our law firm can work with Attorney Silverman to gain access to incredible insight and knowledge. There is nothing the opposition can do that he cannot predict and counter due to once standing in their roles himself.

To say that Attorney Silverman is tenacious and driven is not saying enough. He has participated in more than 100 jury trials involving violent crimes, DUIs, and more. He co-hosted the award-winning “Caplis & Silverman Show” on Denver’s Talk Station 630 KHOW. He is an active Columnist at Large for The Colorado Sun.

We are all honored to have him here at Springer & Steinberg, P.C., where he provides powerful representation to our clients. He is also a great friend to the community, as he likes to participate in civic and religious organizations throughout metro Denver.

When he has spare time, Craig can often be found spending time with his wife and kids, playing and watching sports, or just enjoying the day with his dogs.

Be sure to visit Craig’s Colorado for more on Craig’s media appearances!

“My grandfather, Harry Silverman, and my late father, Sheldon Silverman, and my late brother, Bill Silverman, were all brilliant and successful Denver attorneys. I think back to the challenges my grandfather had to face as a young lawyer dealing with a corrupt KKK dominated legal system in Denver. My Dad was part of the greatest generation and showed me the way to be a good man and a good lawyer. I believe in the rule of law and that our adversary system works well when you have a good lawyer.” – Craig Silverman