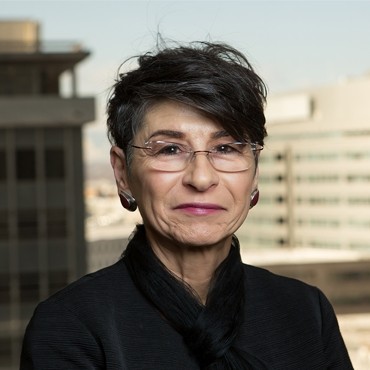 Sussan M. Ameri, CRP™ was born and raised in Germany and moved to Colorado from Portland, Oregon in 2005. She received her paralegal certificate from Arapahoe Community College in December 2009 and Core Registered Paralegal, CRP™ credential in June 2011.

Prior to becoming a paralegal, Ms. Ameri graduated from Oberlin College, Oberlin, OH, with a Bachelor of Arts in Government and German, and earned her M.A. and Ph.D. from Cornell University, Ithaca, NY, in German Literature and Cultural Studies with a minor in French. Ms. Ameri has taught at a variety of universities and colleges and has also worked in several start-ups as a content developer, project manager, and editor.

Ms. Ameri joined Springer & Steinberg, P.C. in August 2017 where she primarily, though not exclusively, provides paralegal support services in personal injury matters and cases spanning an array of other practice areas.