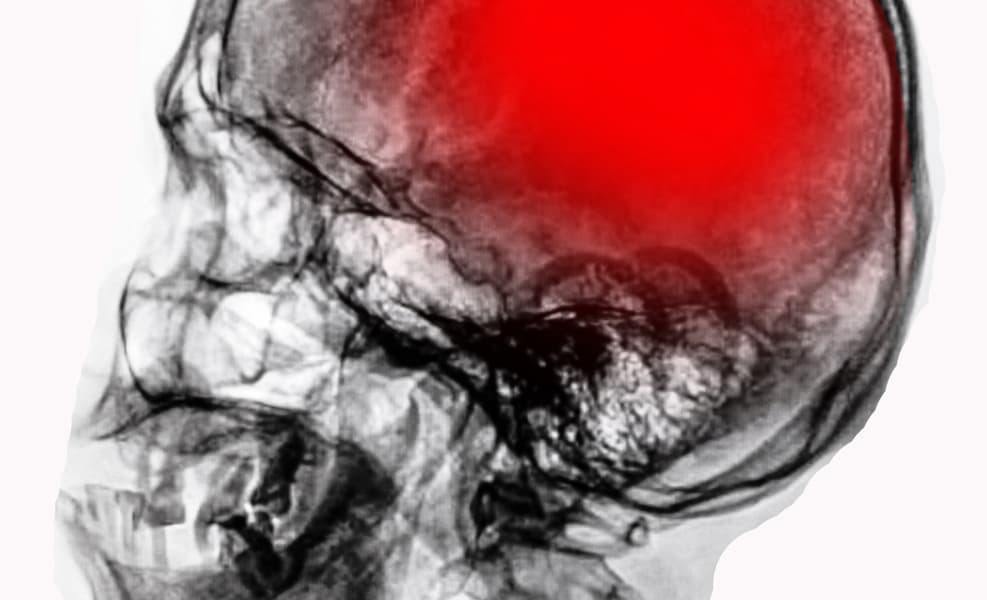 Car accidents are among the leading causes of brain injuries, ranging from minor to severe, according to the CDC. Sadly, the effects of brain injuries from car accidents can impact an individual’s daily life, potentially leading to serious physical, emotional, and cognitive difficulties. In many cases, the road to recovery is long and challenging – one that may never end.

If you or a loved one has recently been involved in a car accident and may have experienced a brain injury, establishing a basic understanding of this complex topic is key. By learning more about the types of brain injuries from car accidents, you can be better prepared to take the right steps medically, personally, and legally.

Let’s take a closer look at the six most common brain injuries caused by car accidents.

A concussion, often referred to as a “minor traumatic brain injury,” is caused by:

As you can imagine, a car accident is exactly the type of scenario in which these bumps, jolts, and rough movements can occur. The sudden movement of the head and brain can then cause:

These shifts in the brain are then tied to the symptoms of a concussion, which can affect how a person feels, thinks, sleeps, and acts.

Although concussions are often described as a “mild” brain injury, the effects can still be serious. Generally, concussions are not life-threatening; however, they require proper medical care and attention.

A “contusion” is the medical term for a bruise, so a brain contusion is a bruise on your brain. This bruising can be caused by:

A car accident involving a rear, side, or frontal collision can create a violent movement that produces brain contusions. If your head came into contact with anything inside the car, or if you experienced a significant jolt in the impact, it is a good idea to be checked out.

Sometimes, brain contusions can effectively heal on their own. However, an untreated brain contusion can be a catalyst for life-threatening conditions, such as bleeding on the brain or blood clots.

A skull fracture can be caused by any type of significant impact to your head. This type of injury often occurs alongside other injuries (like concussions or contusions). Fractures vary in severity and can sometimes be difficult to detect. There are also many different types of skull fractures, largely depending on the point of impact, the force of the blow, and other factors.

In many cases, the symptoms of a skull fracture mimic those of a concussion: headache, vomiting, and confusion. Other times, there may be visible signs, such as bruising, swelling, or bleeding.

Other issues related to acquired injuries include stroke and infection, both of which can occur following a serious accident.

In terms of traumatic brain injuries, coup and contrecoup injuries are named in relation to where the injury occurs:

Brain penetration is often a deadly injury, occurring when an object penetrates the skull and enters the brain. For those that are able to survive this type of head injury, permanent brain damage and disability is almost always the outcome.

Due to the high speeds and forces involved in a car accident, even a seemingly non-threatening object can turn deadly. Metal car parts, interior accessories, and other items can cause fatal injuries in the blink of an eye.

Brain Injury Signs & Symptoms to Look for After an Accident

Despite the serious implications of head injuries from car accidents, it is not unusual for them to go untreated. Especially in a relatively minor car accident, those involved may think they are physically fine. In addition, the symptoms of a brain injury might be immediately observable, or they may not appear until days or weeks after an auto accident.

If you have been involved in a motor vehicle accident, be aware of symptoms such as:

The more serious signs of a brain injury can also include:

Why Seek Compensation for a Brain Injury?

Brain injuries are a serious situation that can often have lasting effects for physical and emotional health. In the initial trauma after a car accident, you may not realize that you could be potentially dealing with the implications for weeks, months, or even years to come.

If you or a loved one experienced a brain injury in an auto accident due to another individual’s negligence, you have a right to receive compensation. This compensation is intended to relieve the complex burden placed on a victim, including:

Receiving compensation will not eliminate the struggles involved in recovering from a brain injury, but it can help provide the means to begin to move forward.

Why Do You Need a Brain Injury Attorney?

Brain injury cases can be highly complicated, and it is not unheard of for the at-fault party to attempt to significantly minimize the damages that are deserved. However, a skilled brain injury attorney can help you make informed decisions about your case and advocate for your rights. At Springer & Steinberg, we understand the complexities of brain injury law and are prepared to seek rightful compensation on your behalf.

If you or a loved one has experienced a brain injury due to a car accident or another traumatic event, Springer & Steinberg is here to fight for you. Contact our team today to learn more about our Denver brain injury attorneys.