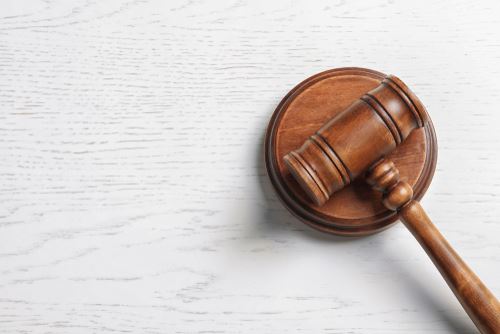 A man accused of hitting and killing a Colorado state trooper had the felony charge of Criminally Negligent Homicide against him dismissed by a judge. On March 1st, Judge Shay Whitaker ordered sanctions against the 18th Judicial District after a second mistrial in the case.

Noe Gamez-Ruiz was facing a class 6 felony after he was accused of hitting and killing trooper Cody Donahue while he was driving a truck on Interstate 25 outside of Castle Rock on November 25th, 2016. However, Judge Whitaker dismissed the charge, saying “the court has now found a pattern of discovery violations” in the case.

In his ruling, Judge Whitaker stated the violation didn’t meet the level of “willful conduct,” but “the haphazard preparation of the witnesses, in this case, has resulted in the defendant being deprived of the ability to fully defend himself.”

Gamez-Ruiz still faces charges of careless driving while passing an emergency vehicle resulting in death or serious bodily harm and careless driving. Prosecutors can still choose to charge him with a felony, but it would need to be an even higher classification than the previous two charges that have been dismissed in the case.

“To have one discovery violation cause a mistrial in a major trial is a huge, huge mistake. To have it happen twice is almost unprecedented. This case is now a misdemeanor traffic case. Now, that doesn’t mean it’s nothing. You can be sent to jail if you are found guilty of careless driving resulting in death but it’s certainly a significant reduction in the original class five felony.”

Speaking about the case, attorney Stephen M. Burstein said it was a “tragic accident.”

After Trooper Donahue’s death, the state passed the “Move Over for Cody Act,” which increases penalties for drivers who don’t move over for emergency vehicles and cause serious accidents.

Are you or someone you know facing criminal charges after being in a car accident with law enforcement or other emergency responders? Do you need help defending your rights? At Springer & Steinberg, P.C., we have experience handling these types of cases, and our lawyers are prepared to use our extensive legal resources to pursue the justice you deserve. Stop by our office to discuss the details of your case to find out what our legal professionals can do for you.

Call (303) 861-2800 to schedule a free consultation with one of our criminal defense lawyers in Denver.